This disc features string quartets by Bartók, Ligeti and Kurtag. All three are Hungarian, and while each spent formative years elsewhere it was their relationship to their homeland and its often tragic modern history that so significantly shaped them.

The biggest name here is Bartók. His Quartet No 4 is a gutsy, primal work whose angular melodies seem freshly plucked from Hungarian soil. Composed in 1928, it could easily have been written by any number of composers today.

Clearly indebted to it is Metamorphoses Nocturnes by Ligeti. This is by the young Ligeti, long before the clocks, clouds and absurdist outbursts took over – yet the later composer is not hard to find. The opening gives things away: ostensibly twelve-tone, its cool overlapping chromatic rising scales gradually warping and spiralling mercilessly out of control.

The third work is Kurtag’s aptly named 12 Microludes. Barely a minute long each, these hyper-miniatures are restrained yet astonishingly rich, constantly morphing unexpectedly. The works sound impulsive and fresh in the hands of Cuarteto Casals, whose colour spectrum is unusually wide: at times whisper quiet, other times as gritty as a rock band.
A brilliant disc. 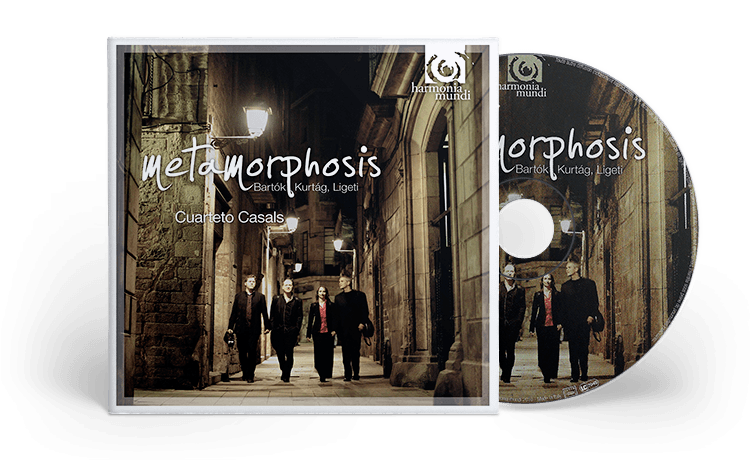